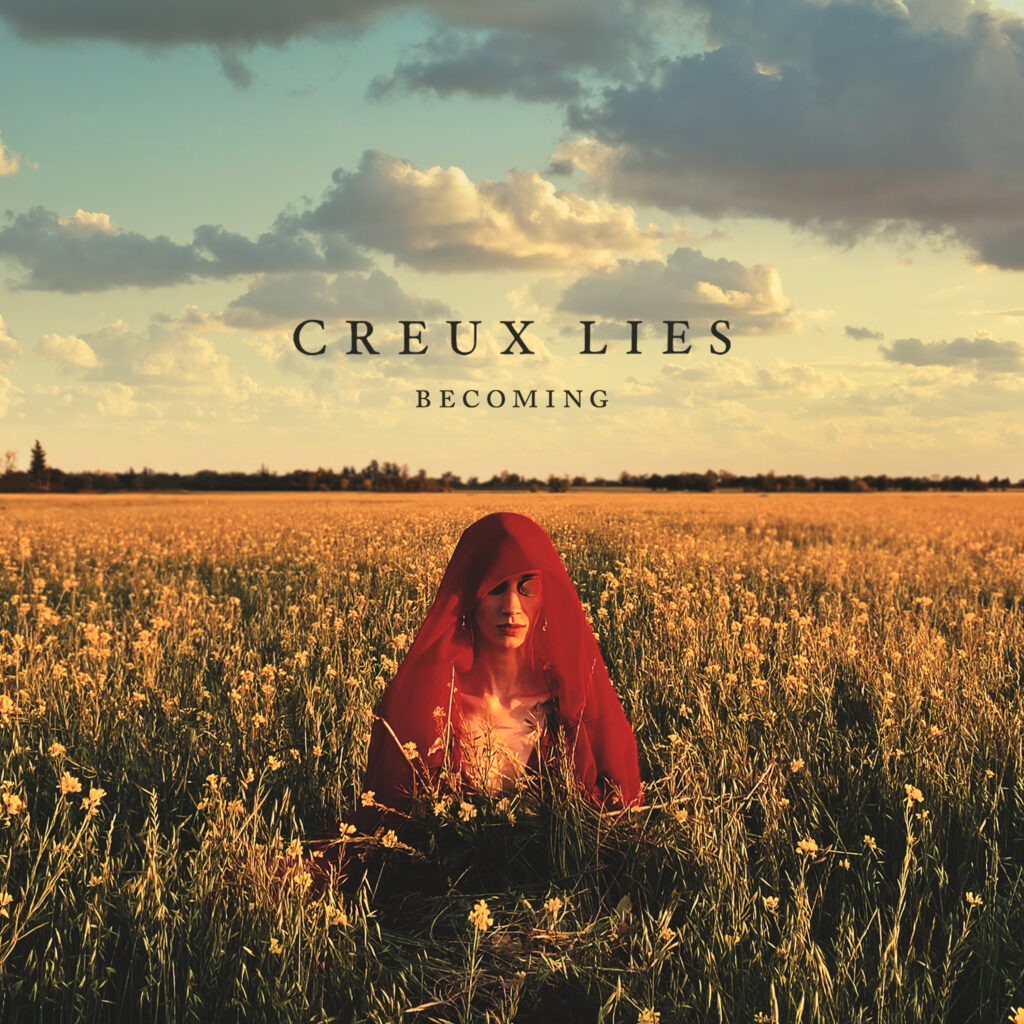 Californian post-punk outfit Creux Lies release the next track of their upcoming album „Goodbye Divine“ (Out Oct. 22nd via Freakwave).
The record was completed in Summer of 2021 and is now ready for its release in October.
Expect both departures and arrivals of what you might have predicted following “The Hearth“.
Yet, this album does, in true Creux Lies fashion, offer a complete range of emotions throughout the album; prepare to find yourself ass shaken, and watery-eyed before you raise the needle on “Goodbye Divine“.
Singer Ean Clevenger states „Becoming“ is a track about the journey through the chasm of personal hell and the transformative ability of the heart to lend ladders to the divine“.
The video of „Becoming” is featured via Post Punk and Sonic Seducer.
Check it out and pre-order the album HEREhttps://orcd.co/cl_goodbye_divine