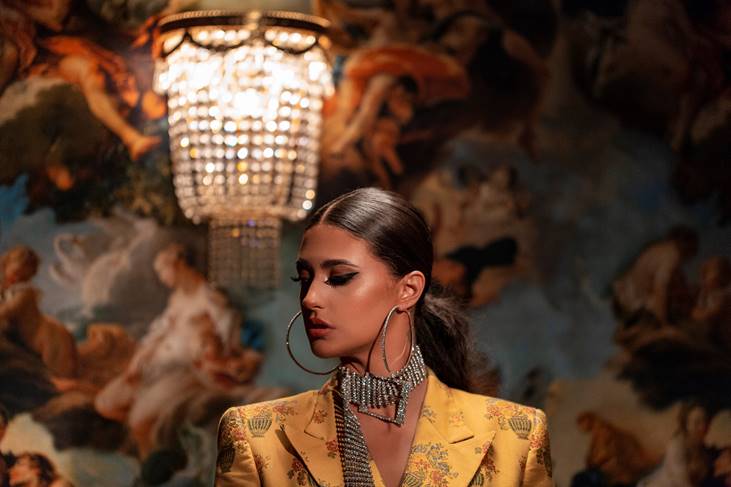 Antonia’s release is probably the most un- usual summer hit of the year. Not only be- cause the song »Mátame« means »Kill Me« in Spanish, but because this song with its summery Latino rhythm was already a big hit in southern Europe this winter, predominantly in Romania, where it reached #1 in the charts in February.
Antonia, the singer/musician who grew up in the United States, whispers »Kill me … with your smile« suggestively into the microphone, but it is actually Antonia, who can seduce you with just a look.
The 29 year old American with Romanian roots has attracted millions of followers on Facebook, Instagram and YouTube with her style and provocative looks.
More than 16 million people have already seen the video for »Mátame«, although the song is currently known only in the south of Europe.
All that should be about to change. Seven million Germans have already seen Antonia on YouTube and »Mátame«, with its cool Latino beat, distinctive trumpets and stunning video, has all the ingredients for a summer hit.
»The video is exactly as I wanted it. It’s sexy but funny with lots of different looks. Just how I like it!« is what Antonia said about the video. It was filmed in the luxury Suter Palace Heritage Hotel, owned by architect Adolf Gustav Suter. Beyonce and Enrique Iglesias have stayed there – possibly a good sign for a worldwide summer hit.