LAURA CARBONE with a new single „Who’s Gonna Save You“ 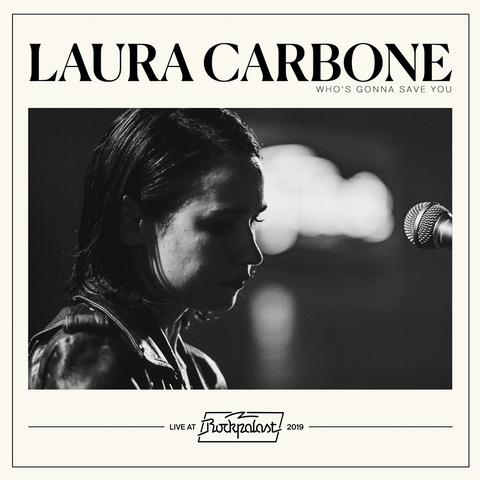 The bass taunts us with a sense of foreboding, unease. A look over your shoulder. A look in the mirror. A look at the world today. And one overriding question:
Who’s gonna save you?
Who indeed? When LAURA CARBONE and her band kick in with the “Live at Rockpalast” rendition of “Who’s Gonna Save You?”, you’d be forgiven for thinking she’s just conjured up a storm that’s long held the world breathless, like Hannibal thundering out of the Alps with his war elephants, rattling the foundations of the Roman Empire.
Laura sings, “Dear love, you better get some shelter”, and it cuts to the bone marrow as a plea and a warning in a time locked up in lockdown, political showdown, watching the world burn down. And again the question:
Who’s gonna save you?
Fear, anxiety, whether personal or collective, has an overwhelming intensity. The first single and instant grat track from Laura Carbone’s “Live at Rockpalast” album captures a past moment of personal insecurity and extrapolates her resolve to grab it by the collar with her own two hands into a universal clarion call for each of us to act, right now, to save ourselves and each other.
Because if we don’t do it, who will?
“Live at Rockpalast” will be released on December 4th, 2020 via London-based label Atlantic Curve and distributed by The Orchard, with the exception of North America and Mexico where the album will be released via Aporia/Future Shock.