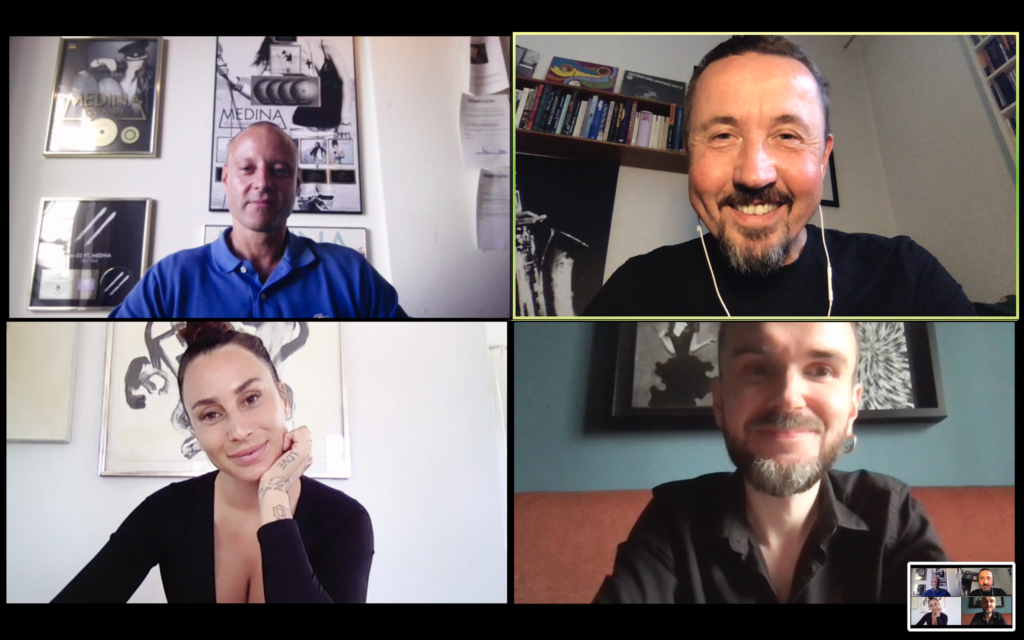 MEDINA, best known for her world-wide smash hit „You And I”, will be releasing her newest English single „In And Out Of Love” with Schubert Music / Restless Records on 09.25.2020 and distributed internationally by The Orchard.

MEDINA is one of Denmark’s biggest female Popstars and has had countless hits and award-winning releases in Scandinavia since 2010. „You And I” was a Top 10 single in Germany and reached #3 in the UK. The album „Welcome To Medina” sold well over 100.000 copies in Germany alone. In total, her songs have been streamed more than 400 million times. Internationally, she has again turned many heads in 2018, when she was the featured artist on the M22 hit single „First Time” which reached #17 in the UK Airplay Charts and sold more than 500.000 copies.

As current time dictates, MEDINA and her manager Thomas Børresen (labelmade) met in a conference call with Schubert Music-Head of A&R Henrik Guemoes and Schubert Music-Managing Director Thomas Thyssen to celebrate the signing of the contract.