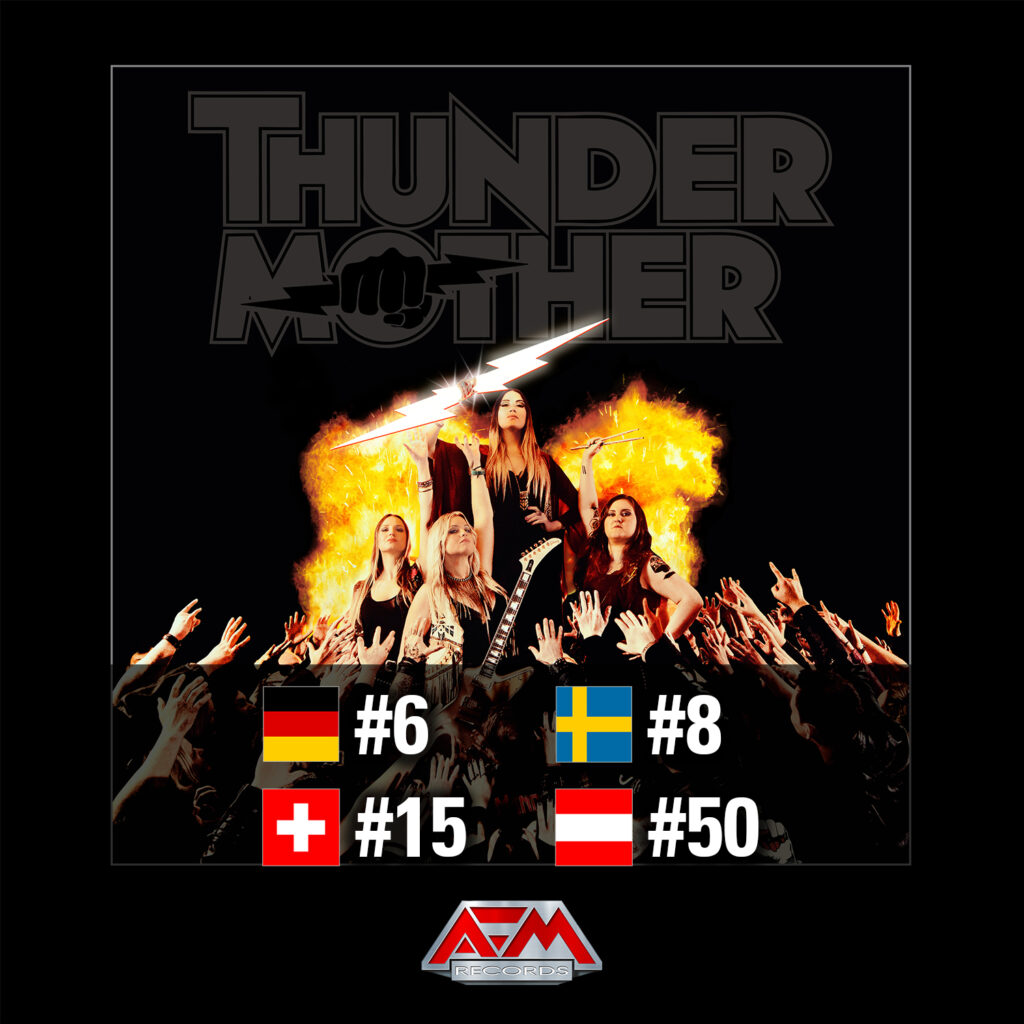 We’re more than happy to let you know that Thundermother’s latest release called “Heat Wave” reached no 6 in Offizielle Deutsche Charts (Germany), no 8 in Sverigetopplistan (Sweden), no 15 in Suiss Charts and debuted at no 50 in Austrian Charts! And this is just the beginning!

“Heat Wave”, produced by Danish hard rocker Soren Andersen, is a fourth album from the band consisting of Filippa Nässil (guitar), Guernica Mancini (vocals), Emlee Johansson (drums), and a new bass player Majsan Lindberg. The album includes 13 sizzling tracks of high voltage rock’n’roll, so it’s a ‘must’ for all the rock lovers. Available on all streaming platforms! Rock on!