With singer & songwriter Jazzy Gudd and hip-hop & rap legend Nico Suave, an extraordinary and exciting combination has not only been found visually 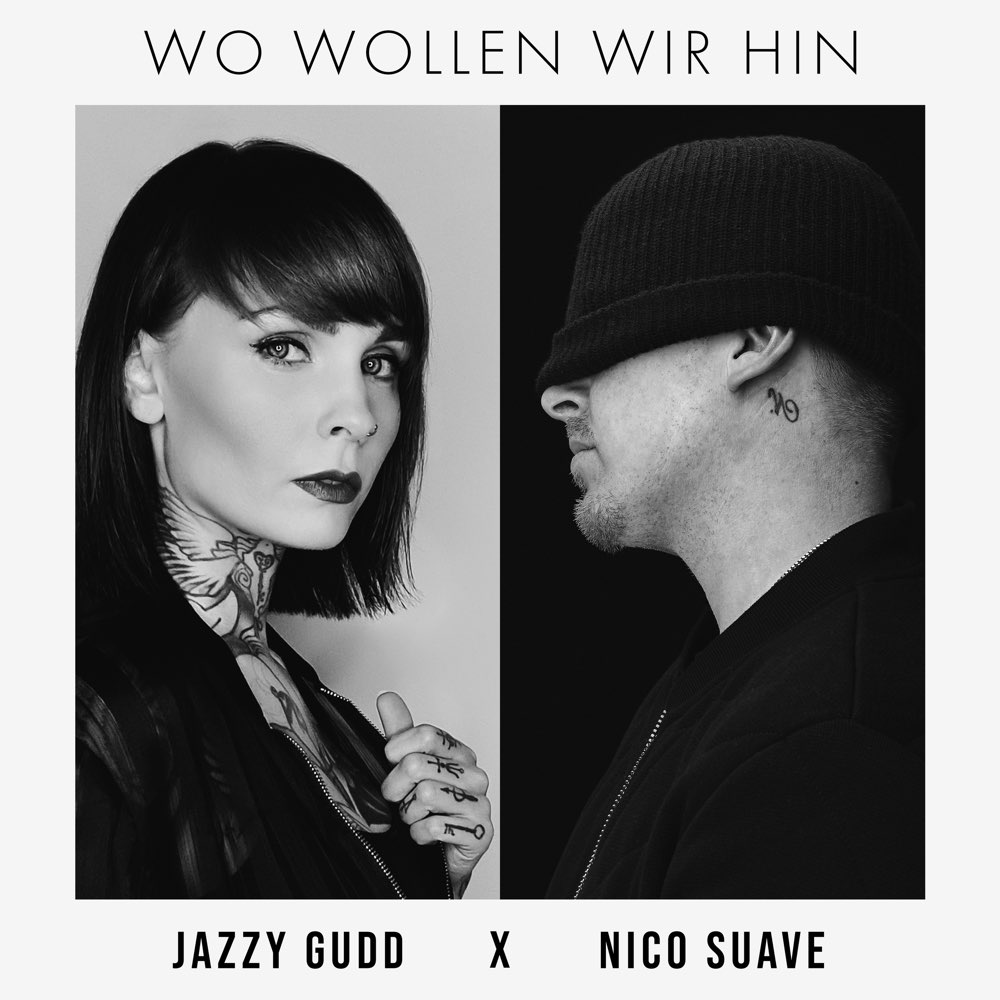 Jazzy Gudd is an absolute all-rounder. Whether as an actress or a musician, through her authentic nature, the Berliner manages to cast a spell over people. In 2018 she released her debut album “Musik an, Welt aus” under the artist name EULE, which promptly entered the German charts at number 5. With songs that encourage, that are honest, that come from the heart and tell of her life, the artist knows how to touch her fans.Nico Suave made a mark in the German rap scene with his hit “Vergesslich” back in 2001. The rapper gave us many unforgettable punchlines at the time when German rap had reached its zenith for the first time. A lot has happened since then. However, the rapper has not forgotten anything from his now almost 20-year career in the music industry, which was rich in ups and downs. With his album “Unforgettable”, he made it to number 40 in the German charts in 2015. The record is still a milestone in the hip-hop scene today. Together with feature guests such as Kool Savas, Samy Deluxe, Sido and many more. he repeatedly proves his talent for combining different genres and creating a very own sound world.The song “Wo Wollen Wir Hin” was created in February 2020.Jazzy and Nico got to know each other in a joint studio session with producer Thomas Porzig and quickly realized that they also vibe musically and have similar stories to tell.The song tells of the inner turmoil, not being able to with and not without being able to each other, an inseparable love-hate relationship, a constant on / off. But how is that supposed to end? “Where do we want to go?” With their first single together, the two embarked on an exciting new path by combining urban pop with rap.For Jazzy Gudd & Nico Suave it is clear where they want to go….”